My articles on Social Issues Before Beginning of the Millennium

Columns and articles published in newspapers don’t have to be the end result of one’s work. Instead, they could be the beginning of a book. During my undergraduate study (1997-2000) just before the beginning of the new millennium, I worked as a correspondent and contributing writer of a national daily English Newspaper ‘The New Nation’ of Ittefaq Group of publications limited, Bangladesh. Besides, I tried to write articles on issues of social significance in other newspapers. Many articles were published in different English Daily Newspapers and Magazines. Since the period was not dominated by information and communication technology, perhaps the publishers of the newspapers in which the columns appeared could not properly archive those articles. Even I myself could not collect copies of all the articles published. Producing a book of one’s writings can be exciting. It can also contribute to one’s credibility as a writer, and open still more doors in his writing career. It was known that a historian of the Netherlands, after writing countless articles for the newspaper, penned a definitive book on Europe compiling his articles. As I don’t have to develop completely new material and spend more time, being motivated by the instance, by starting out with previously published work, I’ve compiled a book consisting of some of essays and columns I’ve written in different newspapers. If you are interested to read some of those articles, please feel free to communicate with me to collect a compiled copy of my articles-

My articles on Social Issues Before Beginning of the Millennium 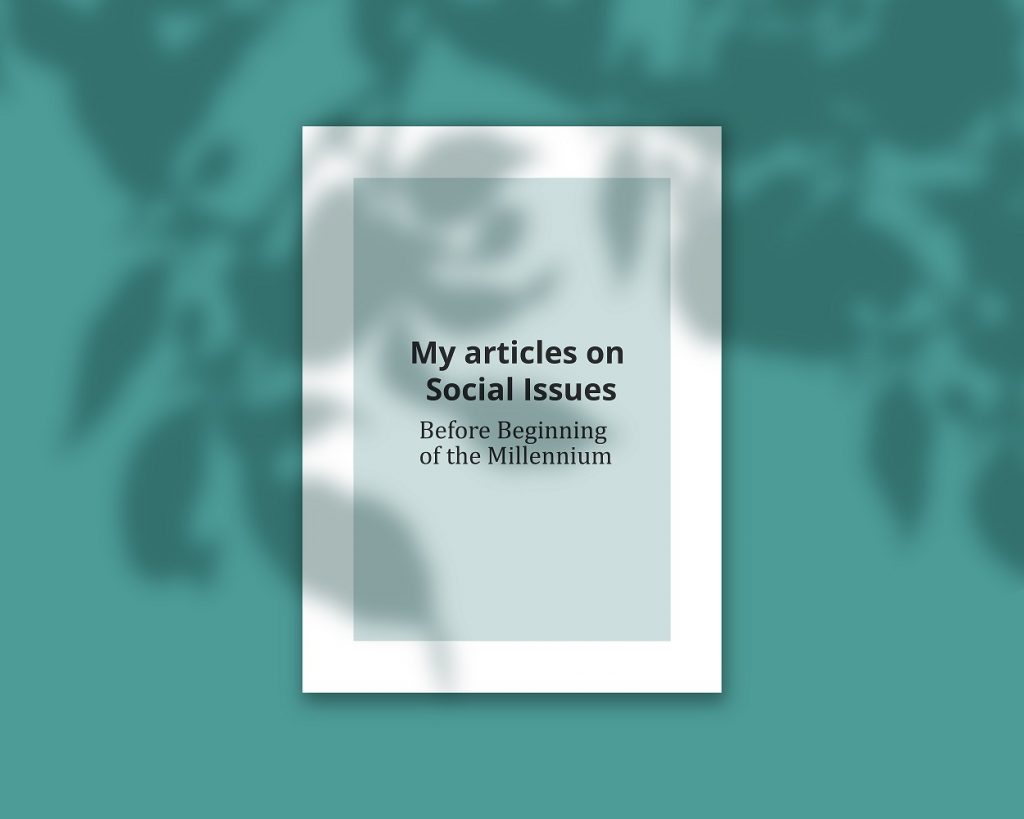